Anthony Hsieh: Person of the Year 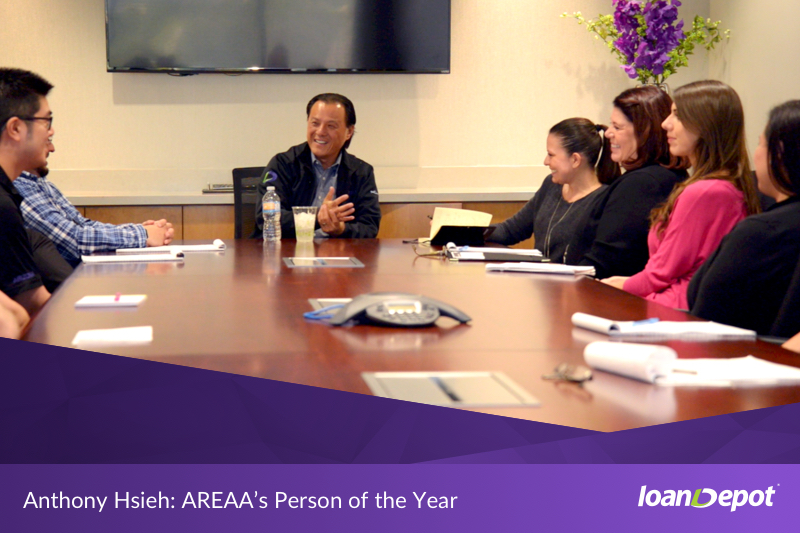 Team loanDepot has long known that our CEO and Chairman Anthony Hsieh is an industry visionary. His mission to change the way America thinks about lending comes to life through his tireless commitment to innovation and excellence. This week, he receives a prestigious accolade naming him the Asian Real Estate Association of America’s Person of the Year.

To commemorate the honor of this significant award, we created a video capturing the journey that brought Anthony to where he is today. And because we're bursting with pride, we’re offering an exclusive sneak peek of his inspirational story below!

At just eight years old and new to this country, Anthony started his first day of school without speaking a word of English. His first exposure to lending happened two years later when he helped his parents negotiate their first mortgage by translating their conversation with a local mortgage lender. Since those first experiences with a lending transaction, his focus on innovation and driving for customer-centric change has grown, spanning decades.

Today loanDepot is the nation's fifth largest retail mortgage lender and second largest nonbank consumer lender. The company was the first nonbank lender to offer home, personal and home equity loans. The company employs nearly 7,000 lending professionals across the country including 1,700+ licensed loan officers who hold 12,000+ licenses. The company’s retail footprint continues to grow to nearly 200 lending stores. In 2017, the company surpassed $110 billion in funding in just seven years since its founding in 2010.

The AREAA Person of the Year award is a prestigious award that recognizes individuals for their notable accomplishments, which align with the organization’s goals of homeownership within the Asian American Pacific Islander community. Previous recipients of the Person of the Year honor include: