Giving by the Thousands: Toys for Tots 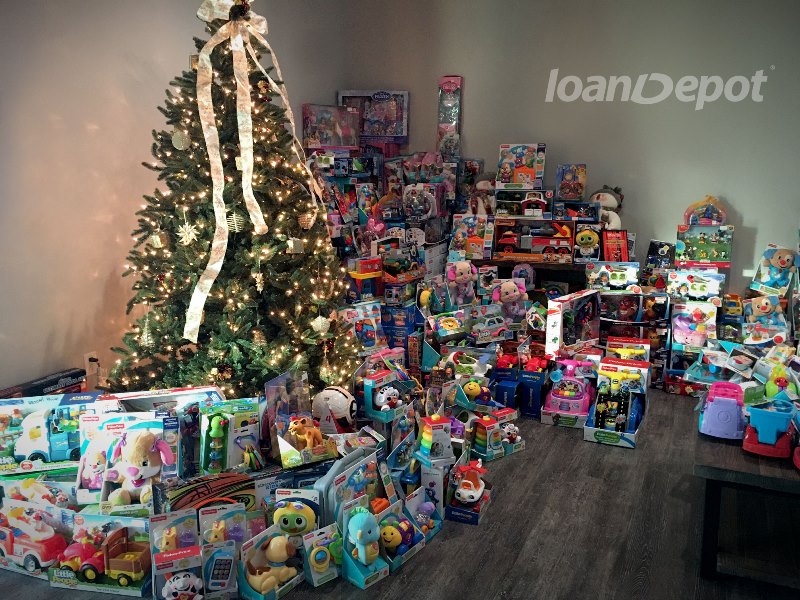 This year, #TeamloanDepot nationwide came together for shared memories of charitable giving, knowing their efforts made Christmas a little brighter for children in need. For over a month, associates at our campuses across the country have been actively collecting funds for shopping sprees and toys that would surprise and delight children this holiday season who might otherwise not have a holiday celebration.

“When we arrived at the Scottsdale toy drop-off location it was pouring rain,” recalls April Bain, office manager at our Scottsdale campus. “Yet, there were so many families waiting to try to get toys for their little ones. We were welcomed with shouts of ‘Thank you!’ and “You’re awesome!’ as we were bringing the toys inside. It was really cool.”

Adds Greg Franks, sales manager at our Plano campus, “I love being involved with a company that cares about the community. We had a great time this year in Plano participating in a special holiday fundraising event for children in our community.”

For Amy Johnson, a platinum licensed lending officer and one of the Texas group’s charity organizers, these events are an important part of the Texas’ team’s culture.

“Every day at work, our goal is to help families nationwide,” she says. “So it’s natural for us to extend that effort after work to help the families in our community, as well.”

Our Walpole, Mass., team set a new company record collecting for the Toys for Tots charity.

Not surprisingly, since then, thanks to Kathy’s dedication and leadership, #TeamloanDepot Boston’s Toys for Tots collecting has grown by the thousands—both in toys and amounts contributed. In fact, this year the team set new records, collecting $25,305 for the U.S. Marine Corps Reserve’s Toys for Tots program. The amount was matched by loanDepot, resulting in an impressive $45,305 for the charity. 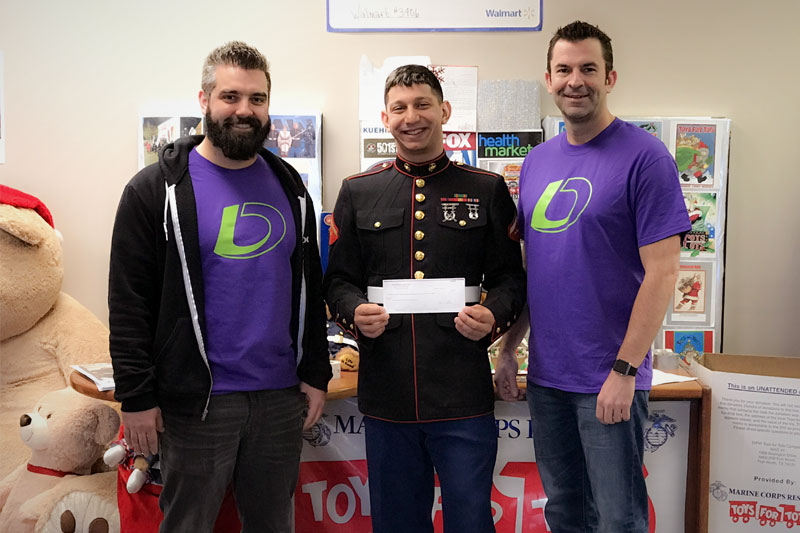 loanDepot’s story of giving is told throughout the year, with thousands of hours and dollars donated to charities large and small throughout our communities. For example, while raising for Toys for Tots, the Plano team also donated 900 pounds of food and household goods to Minnie’s Pantry, a local foodbank serving the Plano, Texas community. Thanks to their efforts, local families did not go hungry during the holiday season.

Not a group to rest, all of the campuses are already preparing their 2017 charity drive plans, with goals set to make 2017 even more memorable for the communities in which we live and work.

Interested in being a part of a team that makes giving back a significant part of the company culture? Email us with your resume and area of interest to hello@loandepot.com.