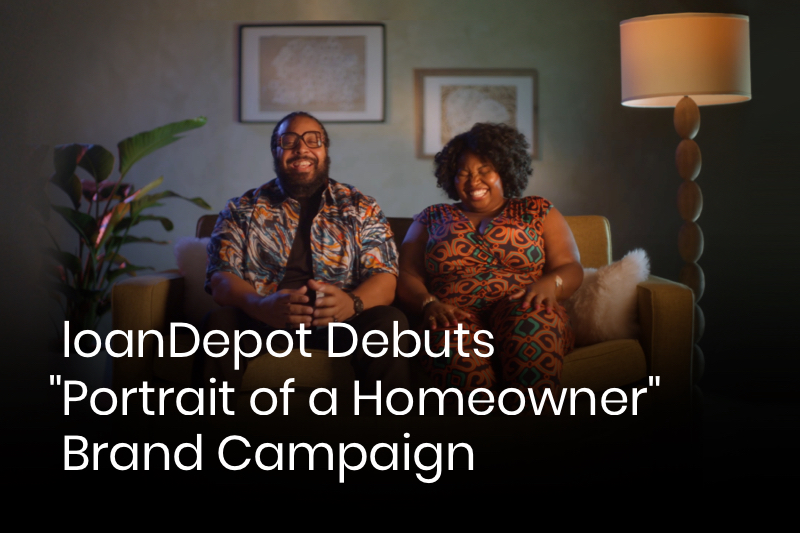 What does home mean to you? That’s what we asked our customers when creating our new “Portrait of a Homeowner” brand campaign. Through a series of authentic and unscripted interviews, this new campaign shares the benefits and unique feelings of owning a home through the eyes of real loanDepot customers.

The campaign launched during Major League Baseball’s American League Championship Series (ALCS) and National League Championship Series (NLCS), to millions of baseball fans in stadiums, across MLB’s multi-media digital and linear outlets including MLB.com and MLB Network and MLB’s national broadcast partners FOX and TBS. It also will come to life through a variety of broadcast spots, owned and paid social media, and as a part of the user journey on loanDepot.com.

The series is the next evolution of loanDepot’s ongoing “Home Means Everything” campaign, highlighting loanDepot’s work helping customers through their pivotal homebuying journeys.

“Our customers inspire us every day,” said loanDepot Founder and CEO Anthony Hsieh. “Like us, they know a home is so much more than a physical space, it’s an experience that evokes unique feelings. As loanDepot continues to evolve, we set out to capture the feelings we’ve helped unlock for so many, and we’re sharing the stories of our real customers on one of the biggest stages in professional sports.”

The “Portrait of a Homeowner” launch coincided with the start of loanDepot’s enhanced “Home Means Everything” RBI campaign in which loanDepot donated $1,000 to Boys & Girls Clubs of America for every RBI during the ALCS and NLCS. loanDepot is the Official Mortgage Provider of MLB, the Presenting Sponsor of the ALCS and NLCS and holds the naming rights to loanDepot Park, home of the Miami Marlins.

The MLB partnership gives additional meaning to “Home Means Everything” and exemplifies our strong commitment to communities nationwide. Through the regular season RBI campaign, loanDepot donated $25 for every RBI to Boys & Girls Clubs of America—leading it off with an increased $250/RBI on Opening Day. Altogether, the 20,993 RBI registered during the regular season generated more than $550,000 in total donations, which delivered life-changing support for more than four million youth across the country. loanDepot Park also played host to a number of in-game activations as part of the campaign.

To further illustrate our ongoing commitment to the communities in which our team members live and work, additional national advertising and social media components will share stories directly from our team members—all of whom are working hard to make the dream of homeownership a reality for individuals and families nationwide.