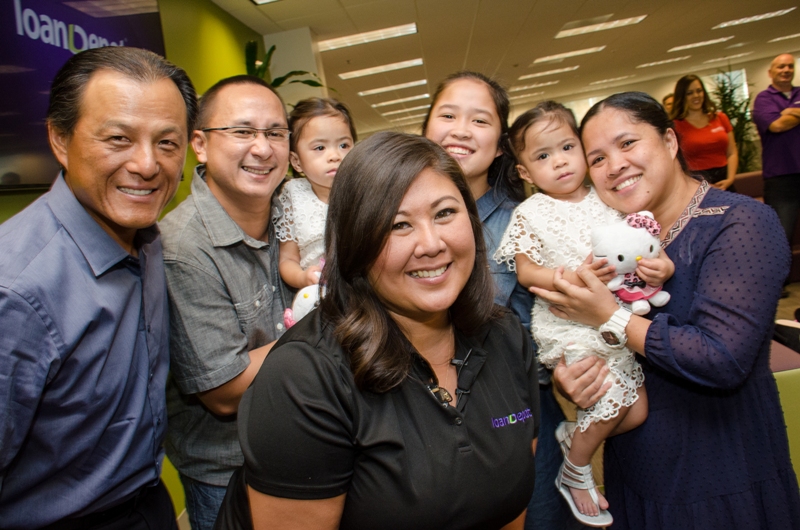 Today was an exciting day  at loanDepot as  Customer Care Supervisor Judiel Ennis met  three-year-old twin sisters Zoey and Zayne Espayos, the identical twins who received Judiel’s life-saving bone marrow in 2014. Zoey and Zayne, along with their parents Reina and Mark Espayos and older sister, Zachi, were flown in from Canada to meet  Judiel, whose selfless donation enabled  these two very special little girls a chance to grow up and live normal lives. 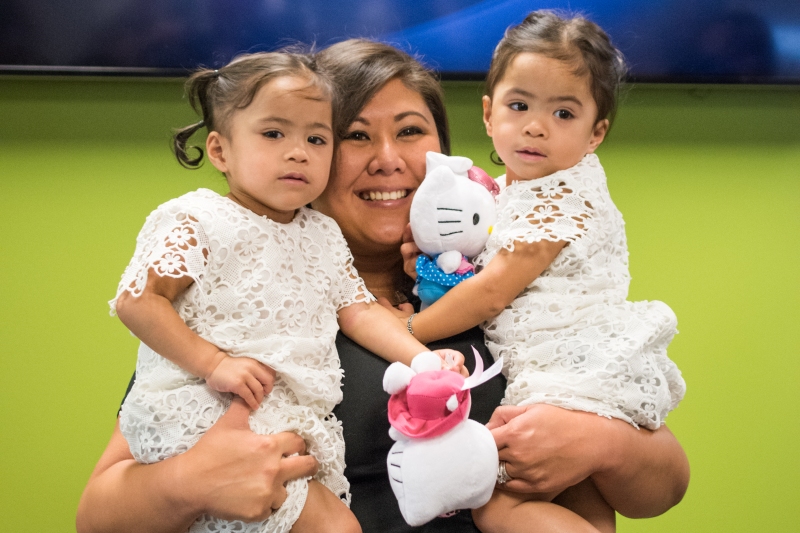 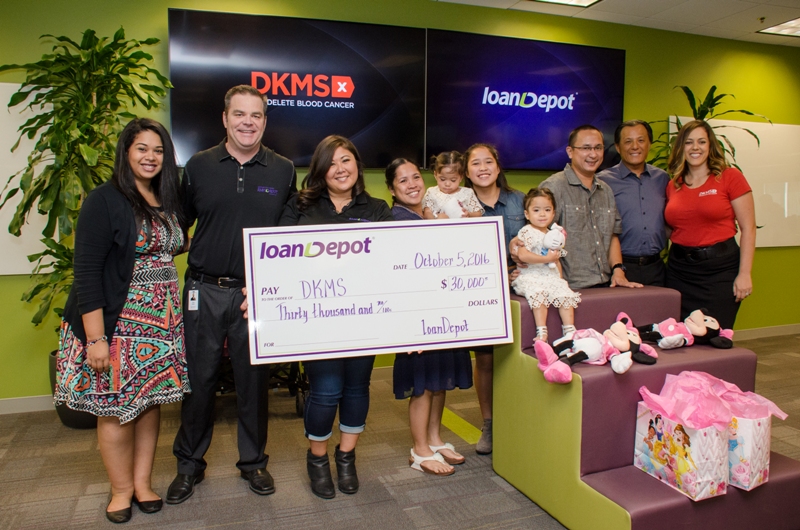 Several years ago, the Espayos family  turned to DMKS for a bone marrow match after in-utero blood transfusions, after-birth transfusions, and a bone marrow transplant from the twins’ older sister failed. They were diagnosed early in the pregnancy with alpha thalassemia (hydrops fetalis), a deadly genetic blood disorder that would leave them unable to make hemoglobin within their red blood cells.

Judiel, who registered to the bone marrow registry in 2012, was a perfect match. When the DKMS contacted Judiel, she didn’t hesitate and boarded a plane to Pennsylvania where her bone marrow was extracted in a surgery that lasted less than one hour. 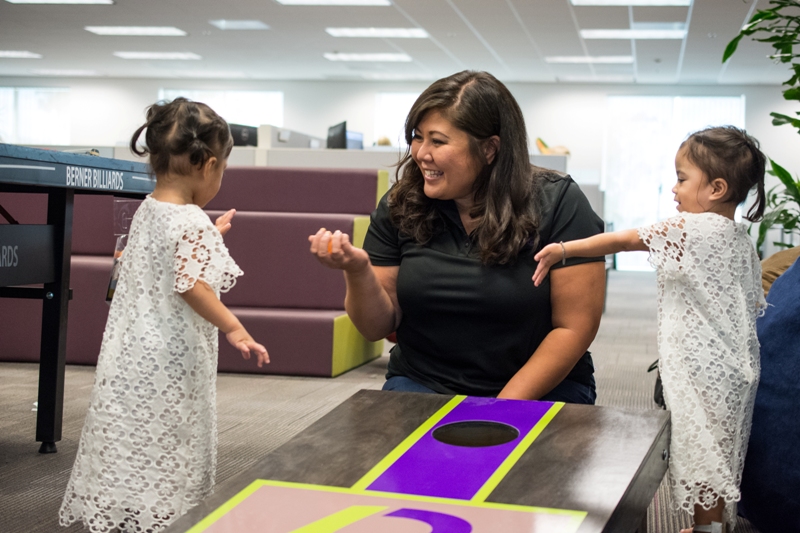 Judiel’s gift not only saved the twins’ lives, it was a medical first: identical twins cured from alpha thalassemia through a bone marrow transplant.

Thank you to the Ayres Hotel & Suites in Costa Mesa, CA for their generosity in providing accommodations to the Espayos family. Learn more about DKMS and how to register as a bone marrow donor here.