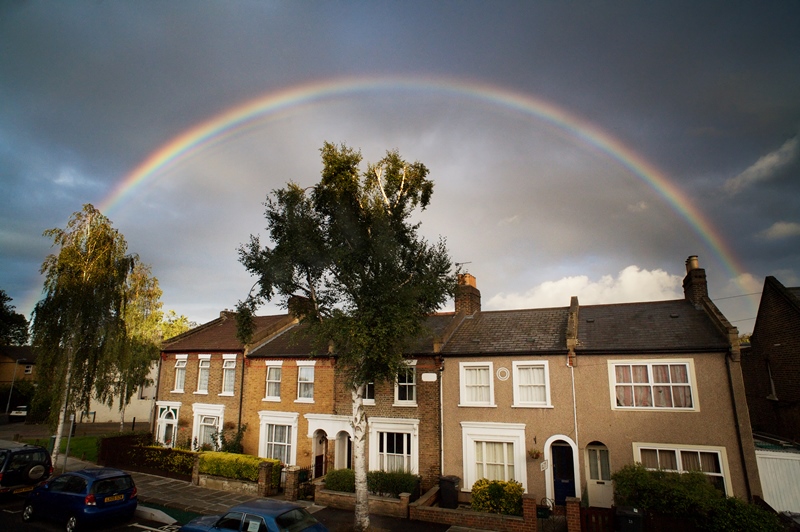 Many American homeowners who weathered the financial storm of the past decade have finally found a bright path financially. In fact, roughly 63% of all U.S. homeowners with mortgages saw their equity increase by a total of $227 billion in the third quarter of 2016 compared with the previous quarter, a rise of 3.1 percent. Additionally, 384,000 borrowers moved out of negative equity, increasing the percentage of homes with positive equity to 93.7 percent of all mortgaged properties, or approximately 47.9 million homes.[1]

Negative equity, often referred to as underwater or upside down, applies to borrowers who owe more on their home loans than their homes are worth. Negative equity peaked at 26 percent of residential properties with home loans in 2009. Another plus: As the unemployment rate has declined, most Americans have made strides in paying down their once maxed-out revolving credit card debt, which means credit scores that might have been dragged down by high balances, or late payments, are on the upswing again.

So if you’ve seen increases in your home value and your credit score, you may be able to qualify for a better interest rate or take some cash out to pay off that last bit of debt or do a long-delayed home improvement project.

This might be the ideal time to talk to a loanDepot licensed loan officer about a refinance or a refinance with cash out. Call today to discuss your options.

Because interest rates have been so low for so long, it’s a common belief that most Americans who had enough equity in their homes have already refinanced. However, rising home prices and rising credit scores (and continued low interest rates) are giving those who thought they might have missed out on the refinance boom a second bite at the apple.

Keep in mind you’ll pay more the higher your loan-to-value ratio, i.e., how much you’re planning to lend yourself compared with how much your house is worth. Interest rates tend to be higher in a cash-out refinance versus a straight rate reduction, so you may end up paying more monthly. The savings on your other debt or what you would pay to finance a home improvement project can be worth it, though.

If you plan to borrow less than 60 percent of what your house is worth, you shouldn’t see much of a difference ratewise between a straight refinance and a cash-out refinance. But if you go higher than 60 percent (and up to 75 percent) of the value of your home, known as a tier, you’ll likely pay anywhere from an eighth of a point (.125%) to a quarter-point (0.25%) more for the additional cash. In addition, expect to pay another quarter-point once you reach 75 percent to 80 percent of your home’s value. The maximum you can borrow is 80% of your home’s value if you have a conventional loan, but if you have an FHA loan (which carries mortgage insurance), you can borrow up to 85% of your home’s value.

Like most home loans, the interest you pay is tax-deductible, though you can’t write off the points on a refinance the way you can on a purchase. You should also expect to pay about $5,000 in origination fees, but those can be rolled into the loan balance. And as always, refinancing works best only when you can save at least a quarter-point in interest, as anything less isn’t worth the fees you’ll pay for the new loan.

If you want to go the refinance route, discuss your options with a loanDepot loan officer by calling now.

RELATED TOPICS
How to manage your home renovation project
Buying a home in your 20s – it's not too early
Find the ideal home for your current life stage
To impound or not – what is the better option?
4 small steps to stage your home for sale