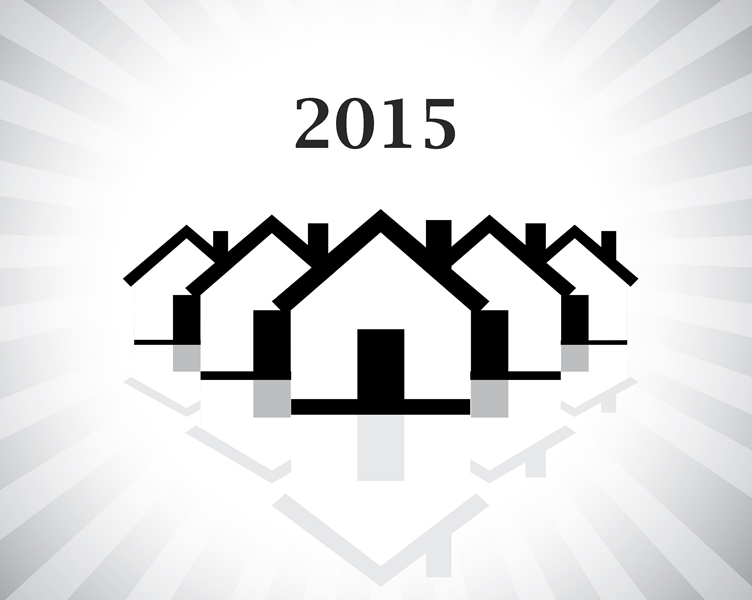 It was an interesting year in the housing and mortgage industry; the third year of the recovery was filled with rapidly recovering equity and a milestone as Millennials took over as the largest customer segment for purchase mortgages. Anticipation of an interest-rate hike loomed throughout the second half of the year and on Dec. 16, the Federal Reserve finally made that step and raised the rates one-quarter point, which wasn’t considered world-changing.


Through much of the year, the industry was laser-focused on how to implement the new requirements mandated by the Consumer Financial Protection Bureau that resulted in a flurry of preparation, tech innovation and training. When finally implemented, the transition went much smoother than many experts predicted.

Here are some of key industry milestones:

While most industry experts predicted rates rising 4 percent or more, they only briefly rose, but then dropped below 2014 levels in the fourth quarter. The Federal Reserve held off raising rates until Dec. 16, which allowed for the purchase and refinance markets to remain less expensive than anticipated through almost the entire year.

In 2014, total mortgage originations hit a 14-year low. However, continued low rates and growing equity compelled more homeowners to refinance, so instead of dropping, refis increased 53.5 percent over 2014, accounting for almost half of all originations. Total originations rose from 1.3 trillion in 2014 to 1.7 trillion in 2015.

Though interest rates remained low, prices increased and equity continued to grow, the housing market continued only modest growth because of a few key hurdles. Credit continued to be tight and first-time homebuyers struggled against rising rents and low availability of entry-level homes. Additionally, student loan debt continued to plague potential homeowners as 2015’s graduating seniors are leaving with an average of $35,051 in student debt ─ up about $2,000 from those who graduated 2014. These factors converged to force the first-time homebuyer market to its lowest level since 1987.

Rising median home prices and that resulted in an 11-percent increase from 2013 to 2015, helped millions of homeowners grow back the equity they lost in the housing crash. In third quarter 2015, 256,000 U.S. properties regained equity and only 17.68 percent of all homeowners with a mortgage had less than 20 percent equity, an increase of about one million over 2014. In Q3 2015, there were 37.5 million borrowers with at least 20 percent equity, up 7 percent from 35 million in Q3 2014. This dramatic rise is driving growth in home equity originations. With prices expected to rise another 4.7 percent in 2015, as many as 800,000 more homeowners will be above water next year, according to CoreLogic.

The Consumer Financial Protection Bureau’s demand for a mortgage industry overhaul, in order to help consumers more clearly understand the borrowing process, temporarily sent the industry into a tailspin as lenders worked to comply with Truth in Lending and the Real Estate Settlement Procedures Acts requirements. Much trepidation was predicted; for instance, according to a survey published in April, some lenders anticipated TRID would raise the cost of compliance by $160 per loan and make 30-day rate locks more difficult of not impossible. The CFPB postponed implementation requirements from August 1 until Oct. 3 to help with the transition and promised to go easy on enforcement until 2016. The predicted logjam did not materialize, however, and this was largely attributed to industry preparation.

As the big banks continued to back away from FHA and VA loans, Ginnie Mae announced on Oct. 16 that, in the third quarter of 2015, nonbank lenders accounted for 60.8 percent of VA loans and 67.1 percent of FHA loans securitized in Ginnie Mae pools. Thrifts and credit unions, are also gaining market share in mortgages. Incidentally, the FHA hit its federal mandate for the first time in seven years in mid-November, close to six months ahead of original predictions.

After weathering the crash better than many financial entities, credit unions have steadily increased market share. Originations increased 35 percent from Q1 2014 to Q1 2015, and share of originations went from 7 percent in Q1 2013 to 11 percent in Q1 2015, according to a survey by Transunion. As membership grows and more enter the mortgage business, credit unions are expected to make more of an impact on market share.

The all-cash craze that occurred after the crash and foreclosures flooded the markets finally slowed in 2015. Only 14 percent of buyers paid cash for their homes, resulting in 86 percent being financed. Only 24 percent of total sales in September 2015 were cash deals, down from 27 percent in October 2014, and 35 percent in March 2011.

As we go into 2016, positive trends should keep us on course and growth and innovation should help us weather any mild storms.

BACK TO KNOWLEDGE CAFE
RELATED TOPICS
What dreams can you achieve in the coming year?
Personal loans primer
Mortgage applications surge on news of rate hike
What does the Fed interest rate increase mean?
Rents continue to rise, stress monthly budgets