Home flippers, driven by a lack of housing inventory, appear to be retreating from the market with flips hitting their lowest point since 2010, but gross profits for those still in the business continue to rise, a new report from Irvine-based RealtyTrac reveals.

The Home Flipping Report shows that 17,309 single-family homes were flipped – sold for the second time in a 12-month period – in the first quarter. That’s 4 percent of single-family home sales during the quarter, down from 4.7 percent in the fourth quarter of 2014 and from a recent high of 6.7 percent at this time last year. 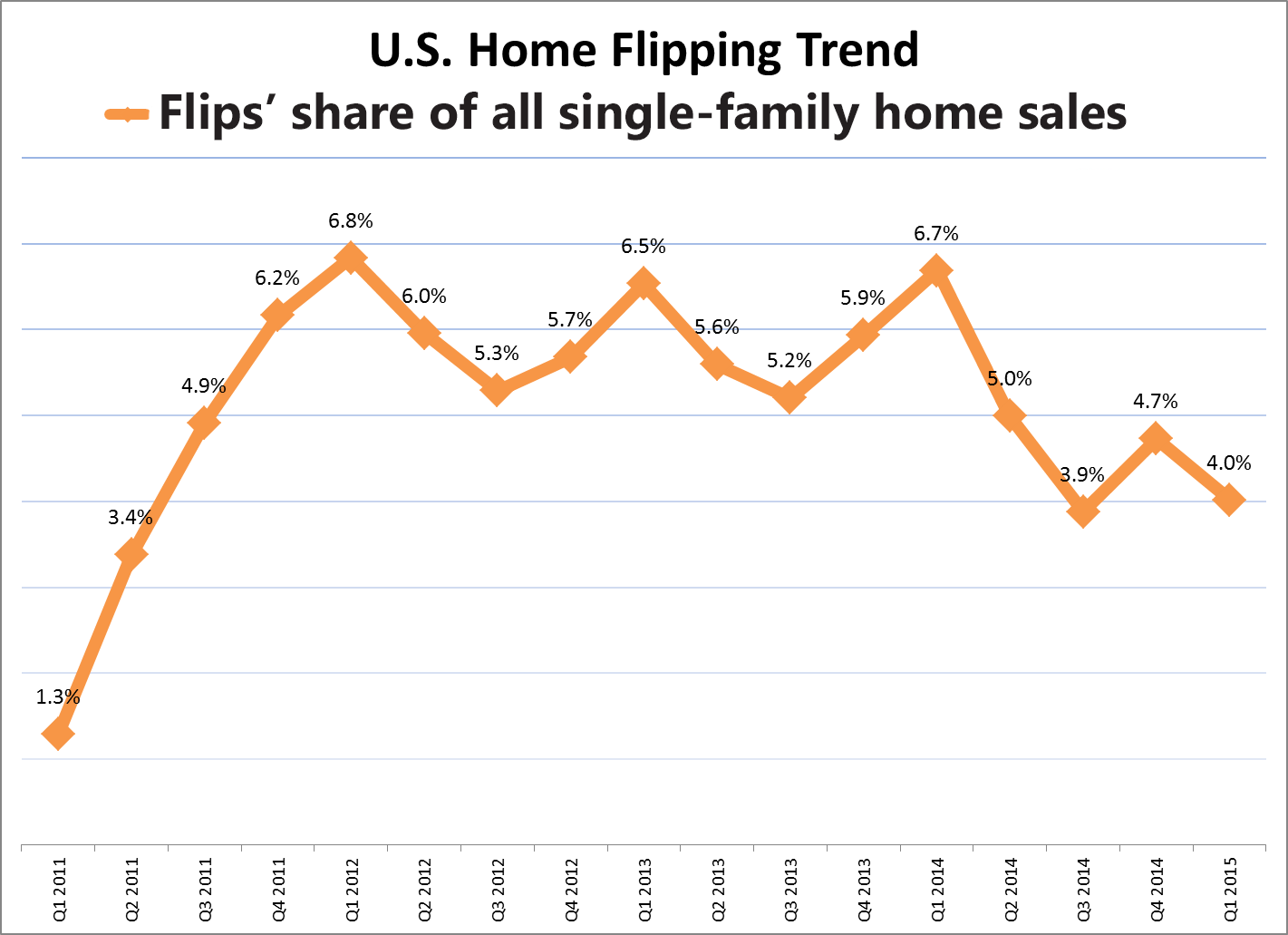 “The strong returns for home flippers in the first quarter demonstrates that there is still a need in this recovering real estate market for move-in ready homes rehabbed to more modern tastes, particularly given the 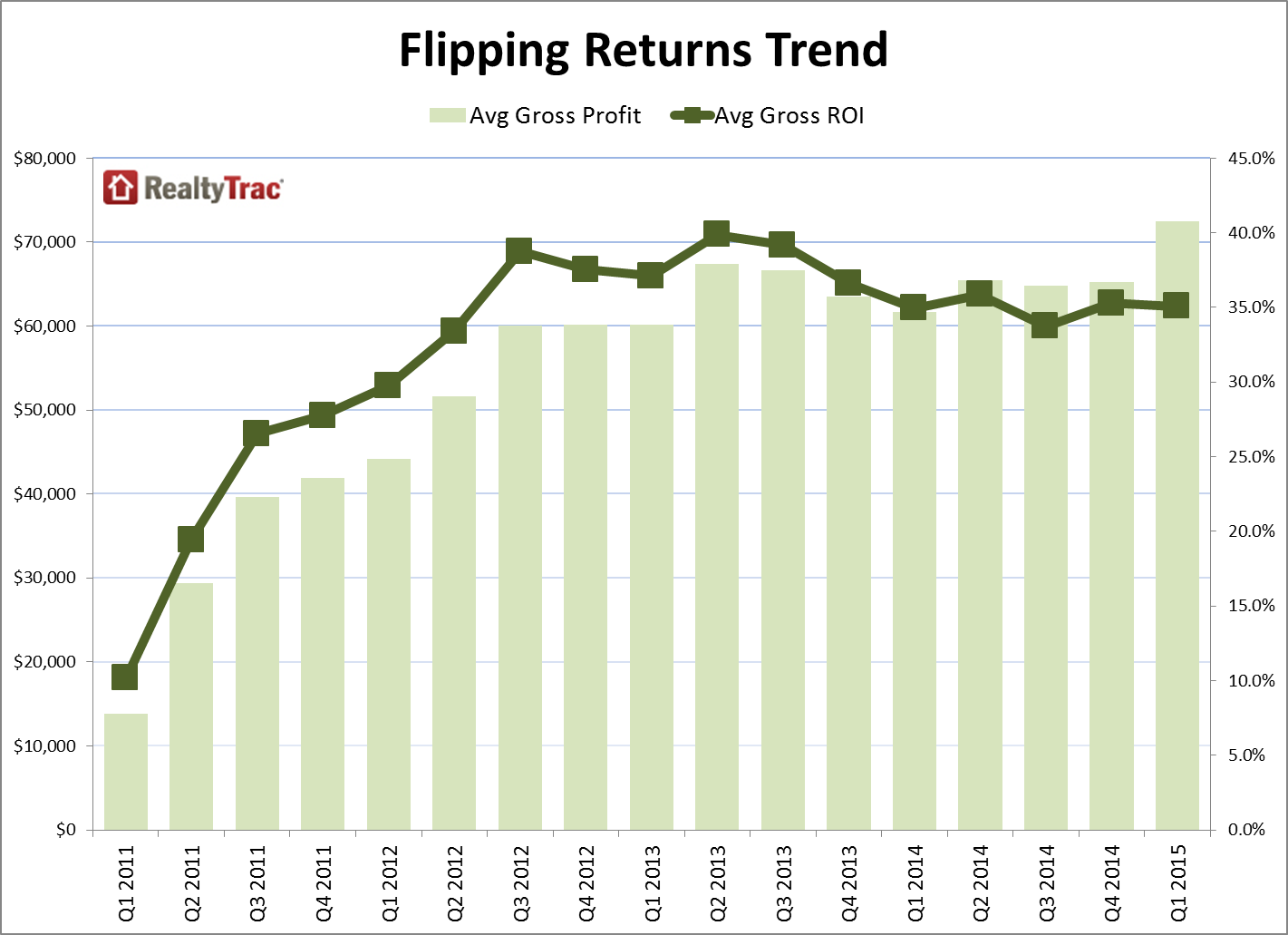 dearth of new homes being built,” said Daren Blomquist, vice president at RealtyTrac. “The challenge for flippers in 2015 will be finding inventory to flip. Flippers ideally want to buy distressed homes that provide them with an opportunity to add value in markets where there is good affordability and ample demand from buyers for the finished flip product – whether those buyers are Millennials becoming first-time homebuyers, baby boomers purchasing their present or future retirement home, or buy-and-hold real estate investors looking for turnkey rental properties that cash flow.” 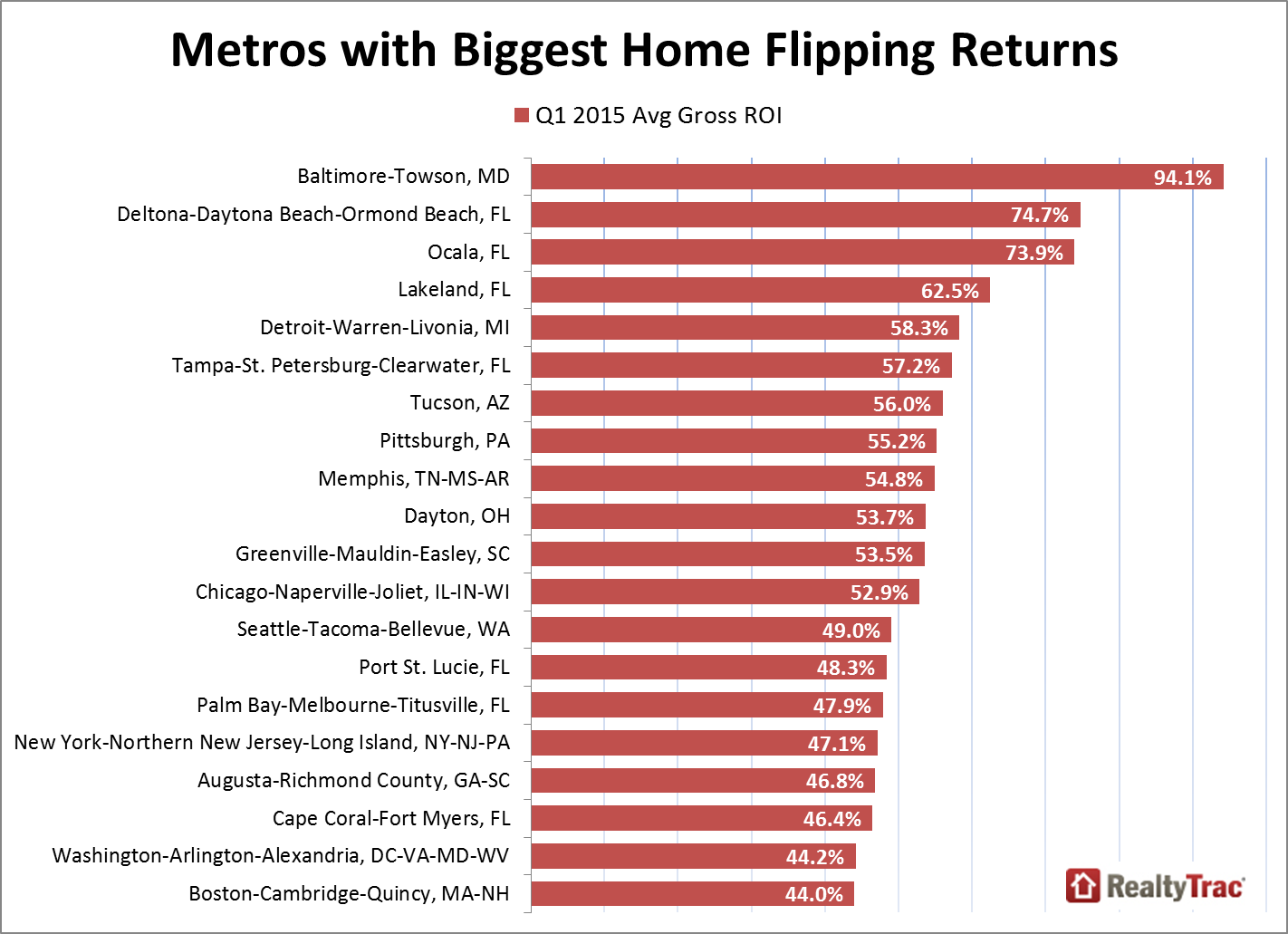 RELATED TOPICS
Important questions to ask your home loan lender
Getting a mortgage after a foreclosure or short sale
Homebuying: Tips for a smooth closing
First-time buyer? Get your credit in order
Underwriters hold the key to your mortgage