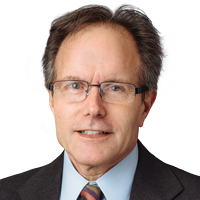 Bob Hetzel is the best loan officer in the business!!  We confidently recommend Bob to all of our family, friends and colleagues.

We have been through the mortgage process several times in our lives. Working with you was by far the best mortgage experience that we have ever had. We really appreciate your taking such good care of us.

Bob was incredibly helpful through the entire refinancing process. We were actually on vacation 1,500 miles away from home during the closing, but Bob made arrangements for the closing at our hotel and everything worked very smoothly. We felt from the beginning that Bob was interested in what was best for us and we appreciated his honesty and hard work. He made what could have been a very stressful situation a very easy and positive experience. We'd definitely recommend him to anyone interested in financing or refinancing a home.

And thank you again for being one of the miracle workers in our lives!

Bob is my preferred lender. He was my loan officer on my first purchase and where I send my clients. He is thorough, creative, highly responsive and flexible. Bob responds to challenges with solutions and I love that! You are well prepared but not overwhelmed when dealing with Bob, which is key especially for my first time home buyers. Aside from being highly skilled at his job, he is also a good friend and great father.

Bob, thank you for your professional help in securing my refinance. You did so much for me on time and on point. I would highly recommend your service to anyone.

Bob is a very caring personal & detail oriented person. I have worked with Bob for over 17 years, he has always brought valuable knowledge, integrity & honesty to every deal we have work. He is a great resource to have on your side!

He is great to work with & a fantastic friend!

Thanks for doing a great job with Will and his loan. Everything went smooth as could be.

Thank you so much for going above and way beyond what anyone should have done with my mortgage process.

After all the banks I spoke with, you were the most attentive and responsive – even though I truly did not initially know what I was asking you to do!!

Your patience and humor through it all made such a pleasant experience – thank you!

I will always call you with home purchases in the future (sorry if you didn’t want to hear that- Ha!) as well as recommend you with highest honor!!

Years ago, Bob saved me a lot of money by helping me through a refinance of my home mortgage. More recently, he took considerable time to research the numbers once again, and to help me understand that refinancing a second time would not work to my benefit.

Bob did not charge me for his time. Bob has real integrity. He cares, is creative, thorough and has an amazingly positive outlook.

I highly recommend Bob and will plan on working with him in the future.

We would like to express our appreciation for the amazing service that we received from you. My wife and I were kept well informed throughout the whole process any questions we had were answered promptly and thoroughly. Thanks, for a great experience.

If you are looking to refinance your home, look no further than Bob Hetzel. From day one to closing, the whole process was smooth, quick and easy. For mortgage services, Bob is our ‘go-to’ guy and we happily recommend him to our family and friends.

Bob Hetzel hails from the Maryland side of the Washington DC Beltway. He graduated from the Tacoma Park Campus of Montgomery College in 1976 (where he played for the varsity tennis team that made it to the state finals 1973).

A career in retail management brought Bob to Nashville, TN, in 1984, where he eventually became interested in residential mortgage lending, and went to work for Capital Mortgage in 1986. Bob has been involved in mortgage lending in Middle Tennessee ever since. He has worked with large national lenders, as well as small banks and local brokers. Bob received an award for top retail production nationwide while with Barclays American Mortgage in 1995.

Bob is well versed in all of the most popular mainstream mortgage loan products, including those offered by FHA, VA, USDA, THDA, Fannie Mae, and Freddie Mac. He prides himself on not only being able to offer his customers the best application of the best products available anywhere - but also the very best in customer service as well.

To that end Bob has recently joined forces with one of the nation’s fastest growing, and most innovative mortgage lenders – loanDepot. Since its inception in 2010, loanDepot has not only evolved to become one of the nation’s leading lenders, they have also taken the world of “bricks and mortar” lending by storm, with over 150 state-of-the-art retail branch locations nationwide - including a strong presence in Middle Tennessee.

If you, or someone that you know, might like to discover just how fast, efficient, and satisfying a modern mortgage transaction can really be - please give Bob a call today. Find out why so many Middle Tennesseans have put their trust in Bob through the years to handle their mortgage lending needs, and why Bob is so excited to be a part of the high-tech, and high-touch mortgage lending team at loanDepot.

When Bob is not busy with mortgage financing, he enjoys spending time with his three sons (two of whom now have young families of their own). Bob also enjoys racquet sports, spending time at the “Y,” visiting parks and museums, and music. He also devotes time such causes as Hands On Nashville, The United Way, and the Room at the Inn in downtown Nashville.