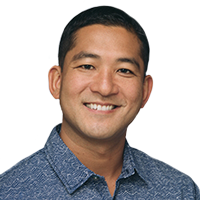 Jason Martinson is currently Hawaii’s Area Manager at loanDepot. He has been working in Hawaii’s financial services industry for over 20 years. During his career, Jason’s work has covered diverse banking functions including credit underwriting, retail banking, business banking, retail mortgage lending, and wholesale mortgage lending. Through these experiences, Jason has developed passions for leading successful teams and delivering financial education.

After graduating from Pomona College in Claremont, California, with a degree in Economics, Jason entered the Management Training Program at Bank of Hawaii. He served as a branch manager at Bank of Hawaii’s Ward and Kalihi branches. Jason later served as a Commercial Branch Manager at Central Pacific Bank’s Pearl Highlands Branch.

Jason’s mortgage experience started as a retail loan originator at Hawaii HomeLoans, Inc. He moved on to become an Account Executive at Countrywide’s prime wholesale branch in Hawaii. Within a few years of production, Jason received Countrywide’s Platinum Producer award for sales.

He then held several different positions as Sales Production Manager, Mortgage Operations Manager, and Wholesale & Joint Venture Manager at Central Pacific Bank. After gaining in-depth experience in those areas, he then led over HomeStreet Bank’s mortgage team in Hawaii as a Regional Production Manager for the next five years.

Jason is currently the president of the Mortgage Bankers Association of Hawaii. He also is a board member of the Hawaii Homeownership Land Trust and Nanakuli Housing Corporation. To expand his skill set, Jason earned a Marketing Strategy Certificate from Cornell University in 2016. In his spare time, he enjoys spending time with his wife and two children, Kyla 20 and Luke 9. His hobbies include surfing, basketball, and art.