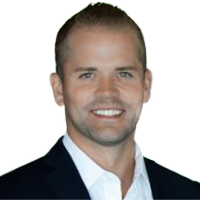 Mark joined loanDepot in January of 2018 with over thirteen years of experience. He received a Bachelor degree in Finance from Michigan State University (Eli Broad College of Business). After college, Mark immediately relocated to the West coast for a job in the lending industry. Over the last nine years he has been part of the Gaylord Hansen Team, which was recognized as the #1 Origination Team Nationally in 2014, 2015 and 2016, and named the #1 VA Origination Team Nationally in 2016. Mark personally received over 170 five star Zillow reviews, and was given the “FIVE STAR: Best in Client Satisfaction Loan Officer” award in years 2014-2017, as published in San Diego Magazine.

As a loan consultant, Mark is very adept at communicating in layman’s terms, a creative problem solver, and uses his strong financial background to help source the best loan for his borrowers. He works closely with his brother Greg Peppler, who is also his business partner. Mark is very passionate about assisting others in the largest purchase of their life, and uses his knack for finance to do so. Dating back to college, he’s always been fascinated with real estate and loves the idea of helping families start a new chapter in their lives. He is known as the expert advisor among his network of family, friends, past clients, financial planners and realtor partners.

In his free time, Mark enjoys the outdoors, fishing, traveling and sports. He plays competitive softball and works as much as possible each week. He has a passion for cooking and coming up with creative dishes, especially when it comes to his famous beef jerky and BBQ! He lives with his girlfriend who also works in and shares the same passion for the real estate industry. He is also actively involved with the Gaylord Hansen Shoe Foundation.

You can find Mark at the San Diego branch. Please don’t hesitate to contact him for any of your home mortgage needs!