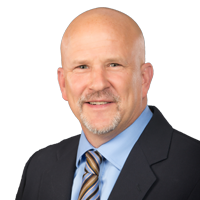 Steve joined loanDepot in 2018 bringing almost three decades of valuable experience. He attended the University of Maine and served for the US Navy between the years 1982-88 while obtaining numerous recognitions for his accomplishments and conduct. After leaving the Navy, Steve spent most of his career at various mortgage brokerage companies. He is a recipient of President’s Award, Chairman’s Circle 2012-2017, and was named Top 1% Loan Originators in 2017. He is also a Licensed Financial Advisor and Licensed Insurance Agent.

In his work, Steve enjoys looking out for his clients’ best interest by always keeping them protected, informed and educated on the loan process. Due to his strong financial acumen, Steve brings a holistic outlook for his borrowers, balancing their goals with the best-suited loan products. He enjoys his work primarily because of the impact on people’s lives, and constant ability to learn something new.

Steve has been married to Ann for thirty years and they have five children and two grandchildren. When he is not originating loans, Steve enjoys sports (football, basketball, and baseball), coaching youth sports, drumming and playing chess. He is also involved in supporting local schools, Silverdale Food Bank, Local Chambers, and the Kitsap Builder’s Association.

If you’re ready to explore your home financing options, you can find Steve at the Kirkland branch.