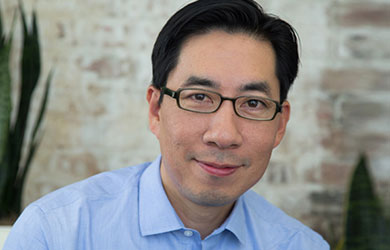 John Lee, as chief analytics officer of loanDepot, leads financial modeling and analytics to drive improved profitability across all lending channels. He has been a vital asset to loanDepot since inception, directing the company’s overall financial services and operations as CFO before moving into his current executive role as Chief Analytics Officer.

Prior to loanDepot, Lee served in a variety of financial capacities for key lending firms. From 2007 to 2009, Lee served as Chief Financial Officer at Grander Inc. where he directed the company’s financial operations in addition to managing corporate development and acquisition activities.

From 2002 to 2007, Lee held the role of Executive Vice President and Chief Financial Officer at Home Loan Center (later to become LendingTree). In his tenure, he secured and managed over $1 billion in warehouse capacity. One of Lee’s largest accomplishments at Home Loan Center was advising on the sale to LendingTree in 2004 and its subsequent integration.

From 1998 to 2001, Lee managed the west coast office of CIBC World Markets (CIBC Oppenheimer) as director – Investment Banking, Financial Institutions Group (FIG). In this role he oversaw e-financial services, mortgage banking, specialty finance and community banking, and advised both public and private companies on merger and acquisitions and private equity.

From 1995 to 1998, Lee managed mergers and acquisitions and joint venture and affinity deal analysis as Vice President, Corporate Development and M&A at Countrywide Home Loans.

Lee earned a Bachelor of Arts in Economics from the University of Rochester in New York with a certificate of Management in Accounting & Finance from the university’s Simon School of Business. He also holds a Masters of Business Administration in Finance from Ohio State University where he was recognized as a Weidler Scholar and Beta Gamma Sigma honors graduate.